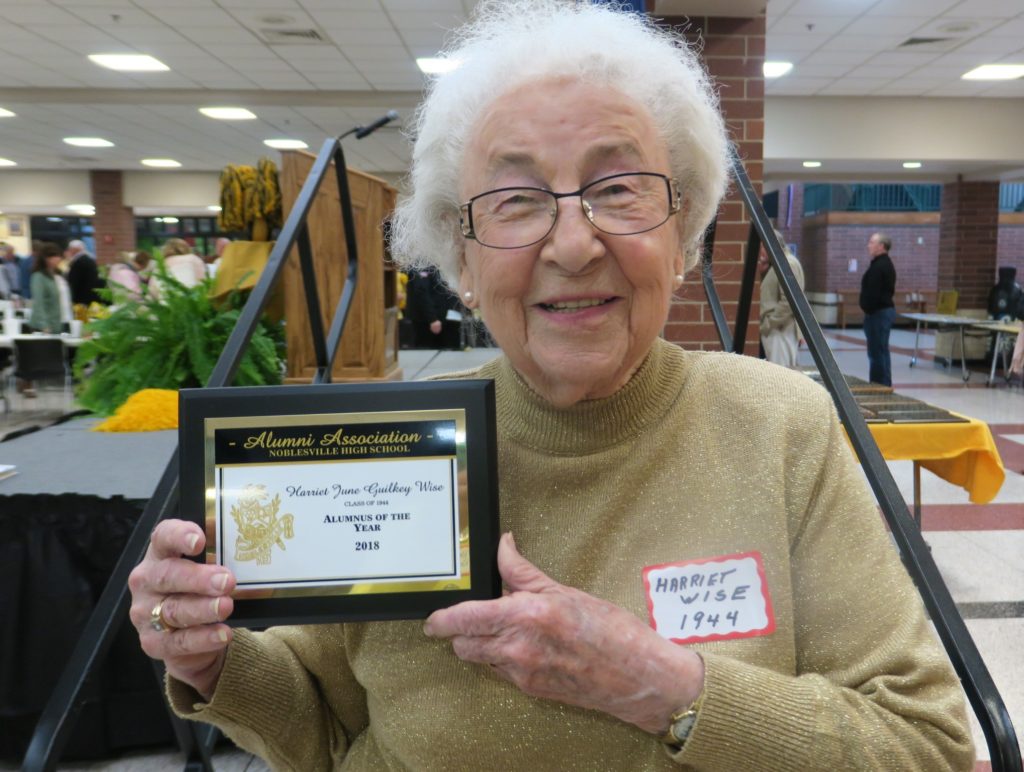 Harriet Guilkey Wise was born on June 17, 1926 the 6th child of a   family of 9.  Harriett was a country girl, spending the first 8 years of her schooling  in a one room schoolhouse.  She graduated from    Noblesville High School in 1944.

After graduation Harriet began her working career at Barker’s Implement and rode her bicycle to work each day.  She was the Noblesville City Clerk-Treasurer from 1955 to 1959.  In the early 1960’s Harriet went to work at Second Ward Elementary School as a secretary to Everett Latham and was there until the school closed in 1968.  She then became the secretary at the Hamilton County Highway Dep. from 1969- 1980.  Harriett is a member of the Eastern Star and served as a Worthy Matron.  She is also a member of the Hamilton County Home Ec., Senior Citizens and a member of the First Friends Church in Noblesville.

Alumnus of the Year